How Hydrocephalus can cause problems in children? 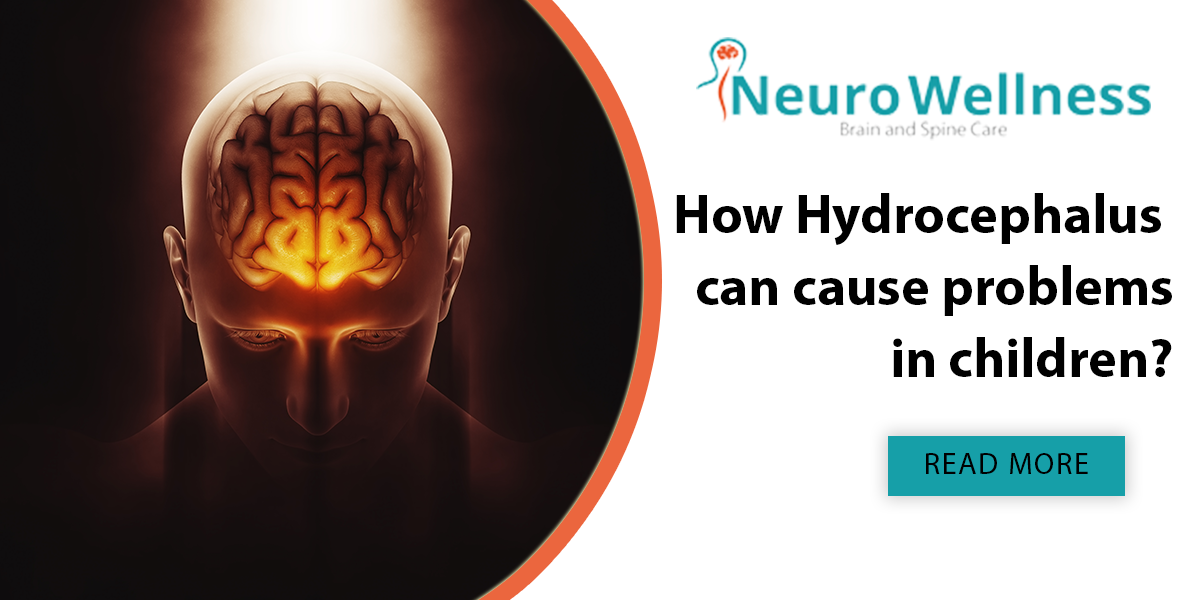 The buildup of fluid in the cavities (ventricles) deep within the brain is known as hydrocephalus. The extra fluid expands the ventricles, which exerts pressure on the brain.

The brain and spinal column are generally bathed in cerebrospinal fluid, which circulates through the ventricles. However, excessive cerebrospinal fluid pressure associated with hydrocephalus can harm brain structures and result in a variety of symptoms.

Hydrocephalus can occur anyone at any age with depends on the  cause, however it is more common in infants and individuals aged 60 and up (normal pressure hydrocephalus). Hydrocephalus can be treated surgically to restore and maintain normal cerebrospinal fluid levels in the brain. Managing symptoms of functional deficits caused by hydrocephalus often necessitates a variety of interventions.

The signs and symptoms of hydrocephalus differ depending on the age at which it first appears:

In babies, common indications and symptoms of hydrocephalus include:

Signs and symptoms in toddlers and older children may include:

Changes in behaviour and cognition:

The signs and symptoms for this age group is as follows:

The following are the most prevalent indicators and symptoms of hydrocephalus in individuals aged 60 and above:

When to consult a doctor?

For infants and toddlers who are experiencing the following signs and symptoms, seek emergency medical attention:

An imbalance between the amount of cerebrospinal fluid produced and the amount absorbed into the bloodstream causes hydrocephalus.

Cerebrospinal fluid is produced by the tissues that line the brain’s ventricles. It travels through interconnected channels in the ventricles. The fluid eventually finds its way into the regions around the brain and spine. It is predominantly absorbed by the blood vessels.

Cerebrospinal fluid is vital for brain function because of the following reasons:

Long term hydrocephalus consequences can vary greatly and are frequently impossible to foresee. If hydrocephalus has advanced by the time a child is born, it can cause serious intellectual, developmental and physical impairments. Less severe instances may have few, if any, major sequelae if treated properly.

Adults who have had a considerable reduction in memory or other thinking skills have a slower recovery and more lasting problems after hydrocephalus therapy.

The severity of complications is determined by the following factors:

Summary: Neurowellness is a Bangalore Spine Specialist Clinic providing high quality brain and spine care at an inexpensive price. This center is one of the most cost effective and gives high quality treatment choices to the patients.

Should you sleep on the floor or Bed for spine health?
November 18, 2022

When your doctor advises cervical collar and what are the benefits?
November 18, 2022