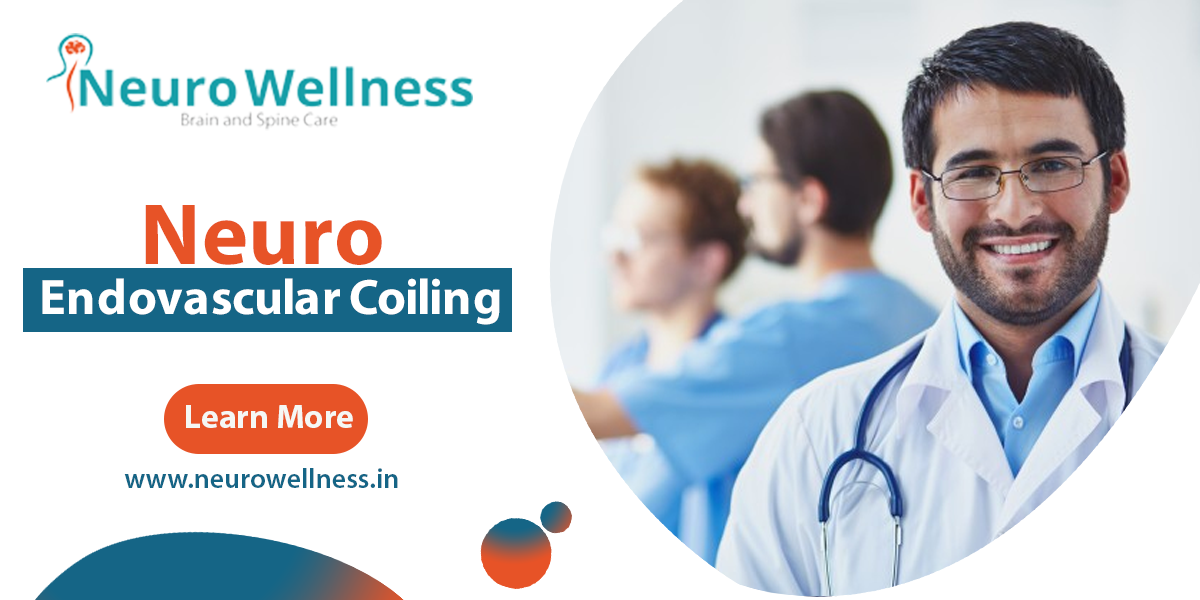 An aneurysm in the brain is a weak area in an artery in the brain that bulges out and fills with blood. In some of the cases, it balloons out of the thinned vessel wall can lead to dangerous complications if ruptures.

Once brain aneurysm is diagnosed by neuroimaging DSA or CT angiogram, after discussing benefits and risks of coiling of aneurysm coiling procedures undertaken. One should discuss the risks and benefits with a doctor.

Usually coiling procedure is suitable for aneurysms in posterior circulation that is vessels supplying the brain stem and cerebellum, narrow neck of aneurysm. You should always discuss with neurosurgeons about the coiling and other approaches, benefits and risks.

Endovascular coiling is usually carried out under general anaesthesia in a cath lab.

It is usually done from an artery in the groin called the femoral artery. Other arteries can be radial or brachial arteries in hand. Here catheters and micro guide wires are used to reach the area of the aneurysm.

How you should be prepared for an endovascular coiling?

A coiling procedure will require you to stay in the hospital. Procedures may differ depending on your situation and the procedures of your surgeon or practitioner.

There are certain risks present in this neurosurgical procedure so always consult the Best Neurosurgeon in Bangalore. There have been cases of bleeding in an aneurysm and recanalization. Endovascular coiling may not be a complete success in all the patients.

When the procedure is going on, complications such as aneurysm rupture or stroke may arise. Aneurysms can be prevented from rupturing by preventing blood flow into them.

Other risks involved are:

Endovascular coiling is a minimally invasive surgery, there no craniotomy or cutting of bone, no opening of the brain, no retraction of brain or handling of blood vessels, get discharged faster and going back to normal life is fast.

How Hydrocephalus can cause problems in children?
July 31, 2021